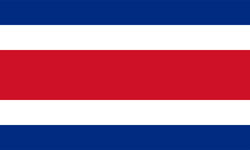 Oller Abogados was born from enterprising spirit, by nature restless, curious and in constant evolution. It was the year 2000, when Don Enrique Oller (RIP) who up to that point had been a successful businessman and distributor of important international brands coincides with his son Pedro Oller, who had just finished his tenure at a traditional Costa Rican law firm and they decide to start a business law firm, from the point of view of the client, willing to be on their spot first, merge with their business, anticipate their needs and risks; generating empathy and trust.

This service offering has been confirmed in the last eighteen years as one of constant innovation and evolution in two fundamental fields of business development in Costa Rica: Business Associations and Public Law. Oller Abogados is the only local legal firm that is capable to fully integrate, given its enterprising vision, the commercial and public areas in a service that is harmonic, sophisticated and of added value.

Pedro is Senior Partner and Director of the Corporate Law practice group at Oller Abogados. On mercantile concerns he has advised multiple companies in different sectors and countries including his tenure as Regional Counsel of IBM Corporation’s subsidiary (GBM Corporation) supervising their legal affairs in Central America and the Dominican Republic. Pedro also spends an important part of his practice on arbitration matters, where he has served as both arbitrator and litigated on behalf of clients as well as providing support on local and international arbitration proceedings. Finally, he has ample experience in corporate transactions, having participated in different mergers, acquisitions, reorganizations, equity restructurings, private offerings and compliance with debt and equity offerings of different types. He has a Law Degree from Universidad de San José (1996) and an LL.M. from Duke University (1995). Pedro has also completed post-graduate studies in Bank and Finance at the Université Libre de Bruxelles. His continuing education includes the Program for Instruction for Lawyers and the Negotiation Workshop at Harvard Law School (1997), the Bootcamp for Lawyers in Silicon Valley (Garage.com, 2000), the Accounting and Finance Fundamental Program at Stern Business School of NYU (2002) and the Program for Leading Professional Service Firms at Harvard Business School (2004). He is an active member of the Colegio de Abogados de Costa Rica, the American Bar Association and has participated at the International Bar Association. He is currently listed as arbitrator with the Centro Internacional de Conciliación y Arbitraje (CICA) part of the Cámara Costarricense-Norteamericana de Comercio (AmCham-CR) and of the Centro de Conciliación y Arbitraje (CCA) part of the Cámara de Comercio de Costa Rica. He speaks both English and Spanish fluently.

Roberto is Senior Partner and Director of the Public Law practice group at Oller Abogados. He has ample experience in procurement and public contracting, energy projects, PPPs, project financing and aviation. Before joining Oller Abogados, Roberto was the head of the public contracting area for energy at Instituto Costarricense de Electricidal (ICE). ICE is the largest utilities entity in Central America. At Oller Abogados, Roberto advises companies and multilateral organizations in their endeavors in energy, technology, telecommunications and general corporate concerns. He is also involved in public litigation and arbitration when the Government of Costa Rica is a party. He has a Law Degree from Universidad Autónoma de Centroamérica (1994) and a master’s in business administration from Universidad de Costa Rica (2000 with honors). His continuing education includes the Program for Instruction for Lawyers and the Negotiation Workshop at Harvard Law School (2002). Roberto is an active member of the Colegio de Abogados de Costa Rica and the American Bar Association. He is currently listed as arbitrator with the Centro Internacional de Conciliación y Arbitraje (CICA) part of the Cámara Costarricense-Norteamericana de Comercio (AmCham-CR) and the Center for Dispute Resolution, including Dispute Boards with the Colegio de Ingenieros y Arquitectos. He is also a regular professor of administrative contracting at Universidad La Salle. He speaks both English and Spanish fluently.

Ricardo is Senior Partner and Director of the Litigation practice group including commercial, civil and arbitration of every sort including those dealing with the Government of Costa Rica. Ricardo is also an active contributor to our family office and company diversification with regards to tax and jurisdiction concerns. He also oversees labor issues having advised both local and international companies as head counsel in their human capital organization. His experience also includes complex notarial transactions. He has a Law Degree from Universidad Autónoma de Centroamérica (1995) and has successfully concluded the Taxation Master’s Degree from the Universidad de Cooperación Internacional (1997). Ricardo is an active member of the Colegio de Abogados de Costa Rica, the American Bar Association and has participated at the International Bar Association. Currently listed as an arbitrator Mister Vargas with the Centro Internacional de Conciliación y Arbitraje (CICA) part of the Cámara Costarricense-Norteamericana de Comercio (AmCham-CR) and the Center for Dispute Resolution and of the Centro de Conciliación y Arbitraje (CCA) part of the Cámara de Comercio de Costa Rica. He speaks both English and Spanish fluently.

Rubén is Senior Partner and Director of the Constitutional practice group at Oller Abogados, the premiere fundamental rights specialization in country. Considered as one of the top constitutional law experts by several publications not only in Costa Rica but in Latin America, he is one of the editors of the original Constitutional Law Jurisdiction project in Costa Rica, approved in 1991. He is part of the panel of experts in Human Rights of the United Nations (UN) and as such was the writer of the Constitution of Equatorial Guinea (1982). He holds a Law Degree from Universidad de Costa Rica (1971) and a Doctorate in Constitutional Law from Istituto di Diritto Publico de la Universita La Sapienza in Roma, Italia (1973). Ambassador to Italy (l994-1998), he also formed part of the arbitration tribunal in the dispute between Costa Rica and Italy over a floating dock (Geneva, 1998). He is a retired professor of the Universidad de Costa Rica including the post graduate degrees in Public Law. He is currently a guest professor at various universities in the United States, Latin America, France, Spain and Italy. He has published 22 books on constitutional law, electoral law and parliamentary law one of them in English and another in Italian. Likewise, his articles have been part of numerous specialized publications in Germany, France, Italy, Spain and Latin America. Advisor to several local and international companies and an active litigant in administrative concerns as well as Constitutional and before the Commission and Interamerican Court of Human Rights. He speaks Italian, English and Spanish fluently.

Andrés collaborates in public law concerns providing clients with advice on public law focused on public contracting, public work concessions, administrative proceedings and the relationship with the Republic of Costa Rica in general. Andrés is also part of our real estate practice where he contributes with the acquisition and sale of property that ranges from hospitality developments, condominiums and commercial areas to single residences. His versatility allows him to be part as well of litigations involving administrative and judicial proceedings against government decisions affecting real estate or business concerns. He speaks both English and Spanish fluently.

José Andrés is well versed in advising companies in their establishment in Costa Rica including his knowledge of business associations, free trade regimes, customs, immigration and regulations. He is also well versed in aviation and transport matters. He speaks both English and Spanish fluently.

Carlos is focused on labor concerns as that is one of our key practice areas. His stronghold is in managing human, their hiring but will not refuse to look into termination and other derived solutions from the labor relationship. Carlos is also part of the litigation practice of the firm concentrating on civil, commercial and labor matters. He also assists on arbitration, conciliation and mediation concerns of civil, commercial or labor nature. His experience includes free trade regime zones as well. He speaks both English and Spanish fluently.

Yaliam collaborates with the Corporate Law team, providing advice to national and international clients regarding the structuring of their business in the areas of civil, commercial and labor law. In addition, she has an extensive experience in the field of Intellectual Property, whether in trademark registrations, patents and copyrights. She speaks both English and Spanish fluently.

- Call for Bids by the Government

- Contracts with the Republic of Costa Rica

- Litigation against the Government