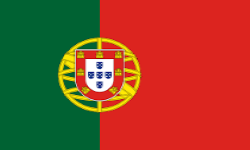 The Law Firm, based in Portugal, has offices in Lisbon and Oporto, and a local correspondent in Funchal, alongside a broad net of international partners and local correspondents within the Portuguese speaking countries, namely Brazil (São Paulo and Belo Horizonte), Angola (Luanda), Mozambique (Maputo), Cape-Verde (Praia), Macao, Timor (Dili), S. Tomé e Príncipe (São Tomé) and China. Which allows a global approach service to the clients within its fields of expertise, such as, corporate assistance; internationalization procedures, litigation and tax planning, excise duties and customs, budgetary law, social security and tax arbitration.

The firm´s lawyers have originated from diverse backgrounds, but have become accustomed to working together over the years - in law firms, on working groups, or in other state or private entities and associations, and have now come together in this common project. Working alongside RFF & Associados too are several external consultants with different training backgrounds, in addition to the lawyers and other local lawyers in Portuguese-speaking countries.

RFF & Associados seeks to foster lasting relations - of trust and sharing - and to provide the proper legal solutions for the very specific needs of each one of its clients, whether individuals or businesses. It seeks to anticipate situations, foresee problems and provide dedicated and competent advice and assistance - legal, business and fiscal. It is therefore committed to the quality and efficiency of the services rendered, acting with diligence, dedication, enthusiasm and competence, and in strict compliance with the highest moral values and ethical standards.

Rogério M. Fernandes Ferreira is the head of the Tax & Business law firm and founding partner has been recognized by the Portuguese Bar Association as “specialist in tax law” and is one of the most recognized and well-reputed lawyer working in this field, particularly in tax litigation. Rogério M. Fernandes Ferreira has almost 30 years of experience in tax advice, tax planning, and tax litigation. The founding partner is also a lecturer in the most prestigious post-graduate courses in tax and in the areas of judicial-economic sciences – FACULDADE DE DIREITO DA UNIVERSIDADE DE LISBOA and FACULDADE DE ECONOMIA E GESTÃO at UNIVERSIDADE CATÓLICA PORTUGUESA and at the INSTITUTO SUPERIOR DE ECONOMIA E GESTÃO. Furthermore, he is the current President of the Portuguese branch of the INTERNATIONAL FISCAL ASSOCIATION (IFA) and of the INSTITUTO LATINOAMERICANO DE DERECHO TRIBUTARIO (ILATD) two of the most important organizations of international tax law. He is also President of the Portuguese Tax Association (AFP), the most prestigious Portuguese tax law association (founded in 1965) and Co-founder of the European Institute of the Lisbon Faculty of Law, of the Inter-university association for European studies and of the Portuguese Association of Tax Consultants.

Rogério M. Fernandes Ferreira was Secretary of State in charge of Tax Affairs within the XIVth Constitutional Portuguese Government (2001-2002).