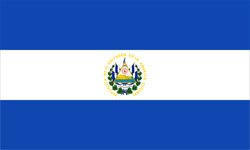 The firm was born with the sound intention of being a team of legal professionals in its different branches that accompanies its clients, providing personalized advice.   Bufete Parada Josa y Asociados provides complete professional services in a fast and timely manner. They are the best option as lawyers for clients residing outside of El Salvador.   Partners

Lawyer and Notary Experience: Alfredo who is our founding partner has a vast experience of more than thirty years practicing in the field of law and has exercised the profession from different positions within the public function as Judge and Registrar. He has been a Legal Advisor for a business group with multiple businesses and companies. He has also stood out as Legal Consultant, lawyer and notary in the free exercise of the profession, acting as a civil and criminal branches. Among other positions exercised as an Attorney for the Salvadoran Social Security Institute from 2004 to 2006. In recent years he has been advising different clients in the criminal area where, due to his knowledge and techniques, he has won important cases, standing out as one of the best lawyers within this branch. He has also exercised as a Judge in the Criminal Courts in the different courts along the country. As a Professional he has worked as a Professor of Criminal Law and Criminal Procedural Law, in the University Doctor José Matías Delgado one of the best Las Schools in the Country, he also served as Dean of the Faculty of Legal Sciences of the UNSSA.   Practice areas: Criminal, Civil and Family, in the Judicial scope the three branches.     Lawyer   Experience: María Antonieta, has practiced as a lawyer in the free exercise of the profession, providing legal advice in the criminal area and criminal procedure. Due to her inclination for the criminal branch in law, she held early positions within the Office of the Attorney General of the Republic, serving as Chief of Patrimony of the Office of the Prosecutor and also as Head of the Youth Unit. She has been elected by the Legislative Assembly of El Salvador as President of the National Council of the Judiciary for the period 2016-2021, so she is currently exercising this function, a period in which she will be out of the exercise of lawyer. Practice Area: Criminal, Judicial Training and University Teaching.     Lawyer and Notary Experience: Guillermo has experience as a Legal Consultant, lawyer and notary in the free exercise of the profession, with special emphasis on the procedural, constitutional, civil and commercial areas. In addition, he is currently an Arbitrator in office for the Alternate Resolution of Conflicts. He was a member of the commission that drafted and reviewed the current Code of Civil and Commercial Procedure of El Salvador that was under the tutelage and collaboration of the Supreme Court of Justice of El Salvador and the National Council of the Judiciary. In addition to the above, Guillermo has been a trainer of judicial operators (judges, secretaries and collaborators) in the Supreme Court of Justice on the implementation of the new Code of Civil and Commercial Procedure of El Salvador. He has excelled as a University professor in the Bachelor´s Degree in Legal Sciences of the Central American University José Simeón Cañas in the field of Civil Procedural Law. He has also contributed with a series of academic publications being one of the most outstanding "The Common Process" published in 2016. Practice areas: Constitutional, Civil and Commercial, Arbitration, University Teaching     Associates:   Lawyer and Notary Experience:   Godofredo has been trained in the judicial field where he acquired knowledge and experience in criminal area and criminal procedural area, that time he was authorized by the Supreme Court of Justice to practice law and the notary. He teaches Criminal Law and Criminal Procedural Law at the Universidad Panamericana de El Salvador.   Practice areas: Criminal, Family and Civil     Lawyer and Notary   Experience: Gilberto holds a Master´s Degree in Business Law and a Lawyer specialized in Intellectual Property, an area in which he has specialized for seventeen years. His specialization in Intellectual Property has allowed him to remain a recommended lawyer in directories such as Chambers & Partners, Lacca Approved, Latin Lawyer and others. His experience from advising on trademark registration topics such as searches, post-registration procedures, to the processing of complex cases of rejection of trademarks, appeals, oppositions and appeals in administrative offices. In the judicial area, his experience also includes Administrative, Litigation and Cancellation or Nullification of Trademarks, Unfair Competition and Antipiracy. His experience also includes advice, processing and protection in the area of Copyrights, Patents and Industrial Designs. Gilberto was Manager of the Intellectual Property Division of a large law firm for many years, where he specialized in all categories of Intellectual Property and where he accumulated all the necessary experience to handle frontline clients such as large multinationals and their brand portfolios.  Gilberto is a Notary Public and Arbitrator in Law, appointed by the Chamber of Commerce and Industry of El Salvador.   Practice areas: Intellectual, Civil and Commercial Property     Experience: Carlos began his professional training as a Junior Advisor, Legal Firm FJB, S.A. of C.V. (Doctor Francisco José Barrientos) where he specialized in trademark registration, as well as in Due Diligence for the purchases of the then state telephone companies and power distributors. After this experience, he work in Unibanco de El Salvador, S.A. which would then change to Banco Americano, S.A. having in charge of the Registries, within his functions it was also to attend the Board of Directors, also during this time it was delegated to attend important meetings with the Banking Association of El Salvador (ABANSA) to address issues related to the Superintendence of the System Financial; through negotiations with a foreign bank. Later he became part of the Project Management of the Cucumcayan Electric Company, S.A. of C.V. (energy generating company) until he began the free exercise of the lawyer´s profession.