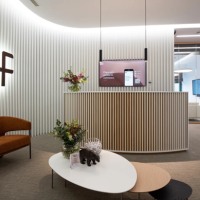 RFF & Associados managed by our colleague and friend Rogério Fernándes Ferreira is organising this year's IURISGAL INOLF Network Meeting in Lisbon (Portugal) on 22. 23 and 24 September. We would like to thank them for the generous effort they are making in its preparation.

This year also RFF celebrates its tenth anniversary, and we congratulate them for all the achievements they have made during these years!

And they are celebrating this in the best way, moving their headquarters to a new space located at number 136, Avenida da Liberdade, in Lisbon.

It is located in the most emblematic and central avenue of the capital of Portugal, in a building with a renovated 19th century façade and has 650 m2 spread over two floors.

Ulises Cabrera has been shortlisted as one of the outstanding law firms in Environment and Sustainability by the prestigious directory Chambers and Partners Latin America. Ulises Cabrera is the only Dominican office nominated in this award category.

Their Environmental Management & Sustainability committee is humbled and honored by this this great recognition and stated that this marks only the beginning of a long path of transformation and well-being for global environment.

They also took the chance to invite all individuals and companies to join the cause, in order to mitigate the effects of climate change by reducing their carbon footprint.

The winners will be announced on October 28 during a gala with leaders of the region in Miami, FL. 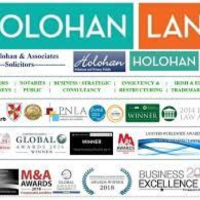 Our colleague Bill Holohan of Holohan Lane, Ireland, has begun working with the Pakistan branch of the Chartered Institute of Arbitrators to develop proposals to address the huge backlog of cases in Pakistan's courts. The reduction would be through alternative dispute resolution systems.

Mr Holohan told Irish Legal News: “If every case currently in the Indian court system continued all the way to the Indian Supreme Court, it will take 25 to 30 years to clear the backlog. There are similar problems in the Pakistani courts with around 2.2 million cases currently pending, and the backlog growing daily. I’m looking forward to helping in any way I can.”

The Council of the Italian Chamber of Arbitration has recently approved the designation of Giulio Ippolito of the Law Firm TOSATO E ASSOCIATI in its Register of Arbitrators and Experts with the qualification of Arbitrator.

This new professional qualification of our colleague Giulio R. Ippolito represents a further consolidation of the Italian Law Firm in the field of national and international ADR in civil and commercial matters. 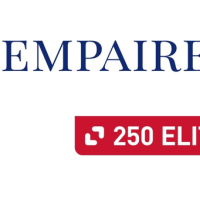 D’Empaire has been featured as an Elite law firm in Latin Lawyer 250 24th edition, a select group of Latin American law firms chosen by Latin Lawyer for their paths towards excellence and unique areas of strength.

According to Latin Lawyer, D’Empaire “remains a major force in the Venezuelan legal market, winning what limited cross-border work there still is thanks to its excellent international reputation and partner-heavy team. High-value M&As are very rare in Venezuela, but when they do happen D’Empaire is involved, particularly if there are cross-border elements to them […] Few firms in the country have been able to pull this off […] D’Empaire’s transactional practices are supported by other highly regarded offerings. Its environment, labour and tax departments are among the best in the market and busy thanks to constantly changing government regulations. It also offers an excellent white-collar crime and compliance offering, a rarity in Venezuela. Outside the country, the firm’s reputation is strong, and it maintains a high profile thanks to effective marketing strategies and a charismatic partnership. Many of its top partners have experience working at major US firms, and these connections are clearly used to maximise cross-border work. The firm’s senior partnership regularly speaks at international conferences and events.”

Latin Lawyer 250 is a guide to the leading business law firms of Latin America, resulting from more than 20 years’ intensive research by Latin Lawyer’s editorial team. 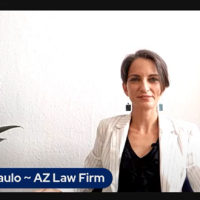 
Shanghai International Economic and Trade Arbitration Commission (Shanghai International Arbitration Center, hereinafter referred to as “SHIAC”) is an independent arbitration institution established in 1988 according to the approval of the Shanghai Municipal People's Government and the registration of the competent judicial authority. It provides independent, impartial, professional and efficient arbitration services to parties in resolving commercial disputes. After three decades of development, in addition to traditional commercial disputes, the cases received by SHIAC also have involved new types of cases such as private equity, internet finance, financial leasing, aviation services, energy and environmental rights and interests. The parties involved in the cases are all over China and more than 70 countries and regions in the world. The arbitration awards of SHIAC have been recognized and enforced in nearly 50 countries and regions in accordance with the New York Convention. SHIAC is also a dispute resolution institution selected by many domestic and foreign parties, including Fortune 500 companies.